I recorded some new YouTube videos in the past few months. I’ve been trying some new video styles too and getting a little creative. Nothing as crazy as something like The Piano Guys (who are absolutely amazing), but I do what I can :)

I recorded “Saving All My Love” because one of my very good friends requested it. I recorded “Rolling In The Deep” because I bought a new guitar and wanted to try out a song that didn’t require mad guitar skills. I recorded “Realize” because Matala is one of my favorite local bands, and that is my favorite song off of their new album (buy it, btw). And I recorded “All or Nothing”, because I won a karaoke contest singing that with my friend, Tim Fox Dominguez. Bahahaa!

My first Mac was a top of the line MacBook Pro 13 (i7) I bought in 2011. I thought that maybe I’d just try it out, and wasn’t a big fan of it for quite a while. I guess I never really knew how to use Finder and all the keyboard shortcuts. I didn’t have many applications for it either.

As time went by, I souped up my MBP from 512GB to 1TB. 4GB ram to 8GB and then eventually 16GB. And then I found out you could take out the Superdrive for another hard drive, so I added a 256GB SSD to it. The thing became a BEAST! As time went by, I got more accustomed to using things like Reminders, Mail (which I love), Calendar, and other things, especially since they sync nicely with my iPhone.

But the biggest thing for me is that, even though I love my souped up MBP and thought it would last me for years and years to come, the battery life is starting to stink! Although it’s not horrible, like 2-3 hours, it’s still a hindrance for me to use it on the go, thinking I’ll need to take the power adapter with me and always needing to find a place to plug in.

I was never, ever planning on getting a MacBook Air. I thought it would be nice, but nothing would ever surpass the specs I have made on my souped up beast. But, come this past WWDC a few days ago, the new MacBook Air 13 is boasting 12 hours battery life! WTF! I was working on some music stuff yesterday on Studio One, and found that after a two hour session of messing around, deep in concentration, I had to plug in. Now, with 12 hours battery life, I will never have to plug in until the end of the day. That is amazing, and is probably the main reason I am so infatuated with this thing in the first place.

The problem is, it’s summer and I have less work than I do any other month. But I can probably justify getting it, seeing as I can sell my MBP for a decent price still. Ehhhh. I thought I was done with tech lust. But I guess Apple has made me a fanboy, whether I like it or not :( It’s not even about brand loyalty anymore though. 12 hours of battery life is crrrrrz! 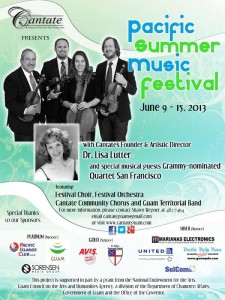 Check out the Pacific Summer Music Festival (hosted by Cantate) this Saturday at 7:30pm. Quartet San Francisco (an amazing string quartet) as well as the Guam Territorial Band and of course Cantate and others will be performing that night. 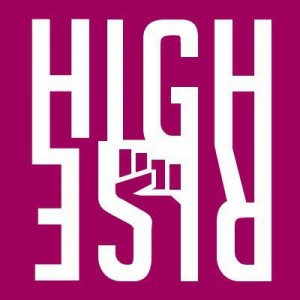 My band, High Rise, has been nominated as “Best Live Band” for the 2013 Island Music Awards! Pretty badass. Like us on Facebook and check us out every Thursday nights at the Venue in Maite, Guam. Thanks for all your support, everyone!

Teaching Winds: Play Along With Piano!

Quick tip! I teach all woodwinds and brasswinds. I used to play along with my students exclusively. It is rather important to, as a matter of fact, because they should know what the instrument is supposed to sound like in real life (YouTube videos are great, but it’s always better to see things before your eyes). But as of late, I’ve been teaching almost exclusively by accompanying them with a piano. 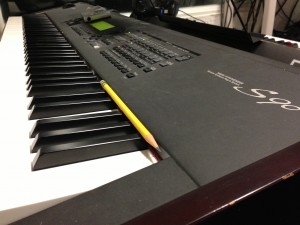 Why? Well, when I play along with my students, as hard as I try not to, I tend to adjust to the intonation of my student. This doesn’t help the student at all. So I play piano along with them so that they always have a perfect reference point to be in tune with, whether it’s just plucking out the same notes as they’re playing, or making up chords that go along with the exercises. This also includes a lot of yelling like “loosen up!” or “tighter!!” for most winds, and “roll in!” or “roll out!” for flutes.

Since I’ve adopted this method, even my oboe students are playing more in tune than ever! Try it out :)